GST (The Goods and Service Tax) is certainly the most significant indirect tax reform measure initiated by the Indian Government. It is going to be the game-changer for many industries including the pharmaceutical industry. One uniform tax (GST) is going to eliminate the troubles arising out of the complex structure of multiple taxes. Almost 17 federal and state taxes are going to be eliminated and replaced by the GST.

Indian pharmaceutical industry is complex with and fragmented with over 20,000 registered units. This industry is facing some really crucial issues such as stopping degradation of medicines, managing of perishable items, managing temperature controlled storage facility and more. Following are three key points about how GST affects Indian pharma companies

It has been analyzed that an efficient supply chain management (SCM) can result in an overall drop of 25% to 50% in total supply chain costs together with another drop of 25% to 60% in inventory holding which will further result in improved order-fulfillment cycle time and almost 20% increase in after-tax free cash flow. The cost for inventory maintenance is estimated to be around 10% to 18% of net revenue.

Implementation of GST is also going to benefit supply chain, making it more efficient. Replacing the traditional C&F distribution model, inter-state transactions between two dealers will become tax neutral. Most of the Indian pharma companies will have to reduce the dependency on multiple states and increase the focus on regional hubs in order to re-align their current distribution models. This will lessen the complexities and remarkably reduce the SCM cost.

Most of the Indian pharma companies work on traders-of-goods model in which a few services become a cost for them that also involves the service tax implications. But GST is to introduce a seamless credit mechanism according to which the paid service tax will be refunded to the companies.

Apart from this, cascading taxes like Octroi prevailing in different states will no longer exist now. Smoother operation and curbed corruption are other positive points to be considered. In a nutshell, GST is undoubtedly a reform which the nation had been wanting for decades and now that it has been introduced, we are soon to witness a stable growth in all the industries including the pharmaceutical industry. 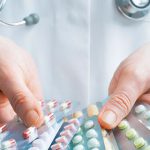 How a PCD pharmaceutical company can reach more physicianspharma company